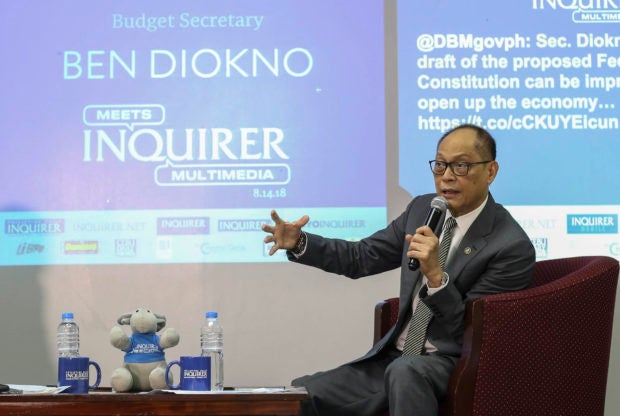 MANILA, Philippines — The central bank on Tuesday ordered the release of more liquidity into the local economy, this time through a reduction in the reserve requirement of the country’s smaller financial institutions.

With this cut, the reserve requirements of thrift banks will fall to 3 percent, while those for and rural and cooperative banks will decline to 2 percent — moves that will release approximately P10 billion in cash into the economy, the central bank chief said.

“The reduction is expected to increase lending capacity of these banks to support financing requirements of their micro-, small- and medium enterprise as well as rural community-based clients,” he explained. “It will also help lower intermediation costs and ease financial strain faced by these banks’ customers.”

Earlier this year, the central bank’s policy making Monetary Board had earlier approved a 200-basis point reduction in the reserve requirements of universal and commercial banks and non-bank financial institutions with quasi-banking functions.

Diokno said the latest reduction is also part of the BSP’s omnibus package of reforms aimed at assisting the banking public with their liquidity requirements during the ongoing coronavirus pandemic and supporting the transition towards a sustainable recovery during the post-crisis period.

The central bank noted last week that cash poured into the local financial system is helping stabilize domestic liquidity conditions and is making money is available to borrowers who need it during this public health crisis.

Diokno pointed to the latest money supply data which showed a 16.6-percent expansion in May to about P13.7 trillion — the fastest pace of domestic liquidity growth since February of this year.

“The continued stabilization of domestic liquidity conditions and the improvement in market sentiment has allowed the BSP to gradually reconfigure its monetary operations,” he said. “This will reinforce our prior liquidity-enhancing measures and facilitate their transmission to market interest rates, loan growth and eventually to overall economic activity.”

To date, the central bank’s various measures have released a total of P1.3 trillion into the financial system — equivalent to 6.4 percent of the country’s gross domestic product — to buttress the Philippine economy that is poised to experience its first contraction in decades.

As this developed, Diokno stressed that the central bank will maintain its dovish stance over the near term until the growth is on surer footing.