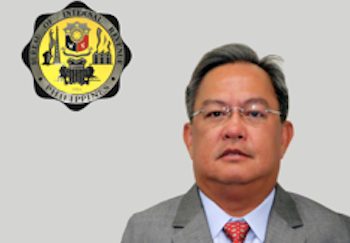 Guballa said the BIR had asked the country’s online sellers to register to keep track of their number, but it was not collecting income taxes from those who earn P250,000 or less a year.

Local subscription fees to Netflix, which is based abroad, include a value added tax which “the government wants to collect under the destination principle,” Guballa said at the Laging Handa briefing on Wednesday.

The BIR also wants to tax merchants who sell their items via shopping sites like Lazada, he added.

“We are not really looking at those who were locked down and selling pansit online. We are looking at bigger businesses in online selling,” Guballa said. Outraged netizens and lawmakers had described as “ill-timed and insensitive” the BIR’s directive for online sellers to register, saying that people who had lost their jobs because of the lockdown had turned to online selling to earn a living.

Presidential Adviser for Entrepreneurship Jose Maria Concepcion meanwhile appealed to the government to delay its plan to tax online sellers until January next year, to allow them to make ends meet during the pandemic.

The BIR has given online sellers until July 31 to register their business, or face penalties.“We should allow these people to continue and then be stricter later on, maybe next year starting in January,” Concepcion said during the online conference “Flattening the Unemployment Curve,” where he raised the tax issue.

Taxing online businesses is not new, as the requirement has been in place since 2013. However, the government’s decision to push for strict compliance amid strict lockdown protocols because of the pandemic has drawn criticisms from various sectors. In the Senate, Sen. Risa Hontiveros on Wednesday called on the BIR to withdraw and revise its order for online sellers to register with the bureau, since “it has caused confusion among online sellers,” she said in an online forum.

Also in the forum were Bernie Bernal and Michael Adina who sell electronic gadgets and native delicacies online, respectively. The two said they were anxious when they heard about the BIR directive. —With reports from Roy Stephen C. Canivel and Marlon Ramos