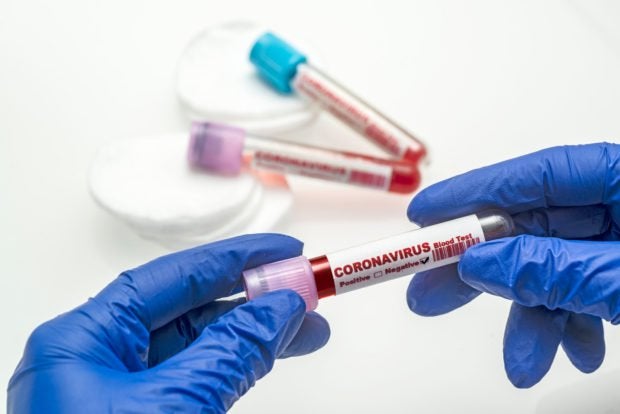 MANILA, Philippines — As the government scrambled to respond to the health and socioeconomic crises caused by the COVID-19 pandemic, budgets for education and infrastructure have been slashed to fund dole-outs and medical response, Department of Budget and Management (DBM) data showed.

The Bayanihan to Heal as One Act allowed the President to realign budget items, and of as end-April, the Department of Public Works and Highways (DPWH) suffered the biggest cut of P121.9 billion, leaving its spending program for 2020 at a lower P458.9 billion from P580.9 billion previously.

The huge reduction in DPWH’s budget seemed out of sync from the economic team’s plan to ramp up infrastructure spending so that the economy could quickly recover post-pandemic.

First-quarter gross domestic product (GDP) declined by 0.2 percent, and economic managers had said that one way to post a “V-shaped” recovery after an ongoing recession during the first half will be through the ambitious “Build, Build, Build” infrastructure program, which the government was currently reviewing to immediately resume the “most impactful” flagship projects.

State universities and colleges (SUCs), meanwhile, were inflicted with a P7.6-billion reduction in their 2020 allotments, to a smaller P66.1 billion.

These budget cuts on education agencies and institutions came at a time when public schools needed to adjust to online means of learning amid a “new normal” of social distancing before classes start by August.

These four departments and their attached agencies were implementing the social amelioration program (SAP) for vulnerable sectors such as poor families and displaced workers, wage subsidies for small businesses, as well as the healthcare response against the disease.

Other executive offices (OEOs) also got a total of P14.9-billion reduction in their 2020 budgets, of which the biggest was that of CHEd’s.

The government also reduced budgetary support to government-owned and/or -controlled corporations (GOCCs) by P5.1 billion, such that subsidy and equity programmed to be infused into state-run firms this year will be down to P190.9 billion instead of P195.9 billion in the original 2020 budget.

From the reallocated money so far, P1.05 billion was lodged into the augmentation of funds for priority COVID-19-related programs, projects, and activities listed in Section 4 (v) of the Bayanihan to Heal as One Law.

The larger P9.3 billion in the realigned budget, meanwhile, went to the special account in the general fund, bringing it to a higher P21.8 billion compared to the P12.5-billion program for 2020.

As of April, P16.9 billion were already released from the special account, which the DBM defined as “a fund whereby proceeds of specific revenue measures and grants earmarked by law for specific priority projects are recorded”—in this case, the Bayanihan Law.

Besides budget realignment, DBM last month ordered all government entities in the executive branch to tighten their belts and defer non-essential spending in order to generate savings.

DBM had also included “for release later” items—legislators’ alleged realignments worth at least P80 billion in the P4.1-trillion 2020 national budget for “pet projects” in their own congressional districts—in the savings pool.

Also, the DBM-chaired Government Procurement Policy Board (GPPB) last May 7 ordered all procuring entities to “assess and review all of their planned and ongoing procurement for the fiscal year 2020 and identify which shall be discontinued or terminated” in line with the government’s budget-saving measures.