‘Balik Probinsya’ to address lack of opportunities in countryside 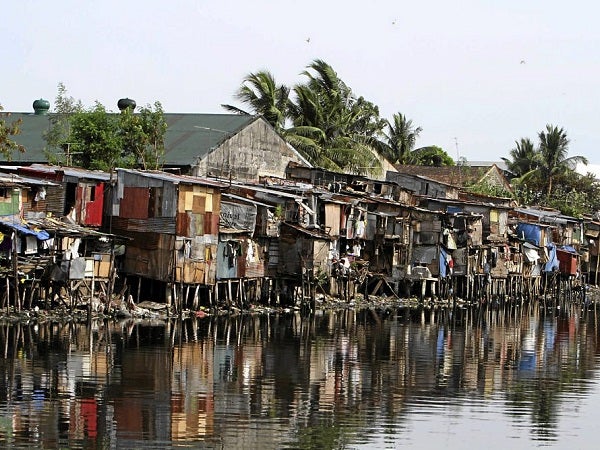 MANILA, Philippines–The Duterte administration will attempt to reverse the continuing migration of the rural population to Metro Manila in a bid to decongest the nation’s capital, the epicenter of the coronavirus pandemic in the Philippines.

Duterte signed an executive order last week implementing the “Balik Probinsya, Bagong Pag-asa (B2)” program, noting that the “uncontrolled surge of population” in the city brought to the fore the lack of opportunities in the countryside.

Through the program, inter-agencies, including the Department of Agriculture, would pump prime the country’s agriculture, fishery, agribusiness, food processing, and logistics sectors in the provinces to lure rural migrants back.

Farmworkers have been trooping to the city for the past decade, according to a National Economic and Development Report, in search of stable income streams, non-wage benefits, and better working conditions – all of which are elusive in the current agricultural landscape.

Of the country’s 17 regions, 15 reported losses in agricultural employment between 2010 and 2017, as most farmworkers permanently migrated in the city to work in construction, transportation, retail and food establishments, manufacturing, and domestic work, among others.

Government data showed that there are currently 12.88 million people living in the National Capital Region as most industries are concentrated in the area, allowing it to contribute 36 percent to the country’s GDP.

About 12.8 percent of the country’s entire population resides in these cities.

“As part of the BP2 program, the Duterte administration will encourage multinational companies and investors to put up rural and agribusiness enterprises to attract returnees… [and] ensure balanced regional development and equitable distribution of wealth, resources, and opportunities,” Agriculture Secretary William Dar said.

“This ‘whole-of-nation’ approach would help DA (Department of Agriculture) converge with other government agencies to create more livelihood opportunities and employment for both agri-fishery and non-farm sectors … to ensure the success of the BP2 program,” he added.

Other agencies involved include the Department of Trade and Industry, tasked to streamline incentives for the private sector, and the Technical Education and Skills Development Authority which would supervise training and technical education.

The DA, for its part, would assist in subsidizing, consolidating and clustering farms to create economies of scale – a vital factor to increase efficiency in the industry. Unknown to many, most cash crops are produced through backyard farming only, which robs it the potential to grow and become an organized enterprise.

Dar stressed that together with the agency’s P32-billion ‘Plant, Plant, Plant’ program, the Balik Probinsya program would serve as a “major vehicle in our journey towards a sustainable, modern, and industrialized Philippine countryside.”

Several days after Mr. Duterte signed the order, some 10,000 Metro Manila residents have already enrolled in the program, showing the eagerness of urban dwellers to move to the provinces if given the opportunity to do so.

The National Housing Authority, which would provide housing units to qualified individuals, said that they expect one million residents from the metro to join the BP2 program in the next six months, with the hope that this would give the capital some air to breathe.