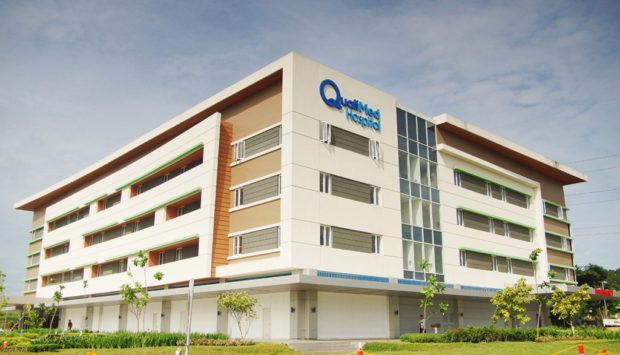 The Ayala group of companies has set up Qualimed Sta. Rosa in its Nuvali estate in Laguna as a full-scale COVID-19 referral hospital, helping to increase the country’s capacity to fight the pandemic.

An agreement was signed on April 20 between Qualimed and AC Health to expand the capabilities of the hospital to manage more COVID-19 patients by building a triage holding area adjacent to the main hospital structure and a biosafety level 2 laboratory for COVID-19 testing.

The hospital will also convert inpatient beds for exclusive use of COVID-19 patients, expand its current intensive care unit (ICU)-bed capacity and form a dedicated team of medical professionals, including volunteer clinical staff from the broader Qualimed, FamilyDOC and Healthway networks.

At present, Qualimed Sta. Rosa is already open to receiving COVID-19 patients. The upgraded facilities will be opened in phases beginning May 1.

“We believe this partnership with Dr. Mercado comes at a critical time during this health crisis when access to care has become constrained. We’ve come together at the Ayala Group to support this project so that patients can have a facility to go to, especially during these difficult times,” said Paolo Borromeo, president and chief executive officer (CEO) of AC Health.

“I look forward to working together with AC Health, and the rest of the Ayala Group, to further build the capabilities of our hospital. As a referral institution, the facility will be compliant with infection control standards to ensure the safety of patients and medical professionals. It also aims to expand screening and testing more broadly to contribute to public health control efforts,” said Edwin Mercado, president and CEO of Qualimed Health Network.

Qualimed Sta. Rosa, is one of the four general hospitals within the Qualimed Health Network, a partnership between the Mercado medical group and Ayala Land.