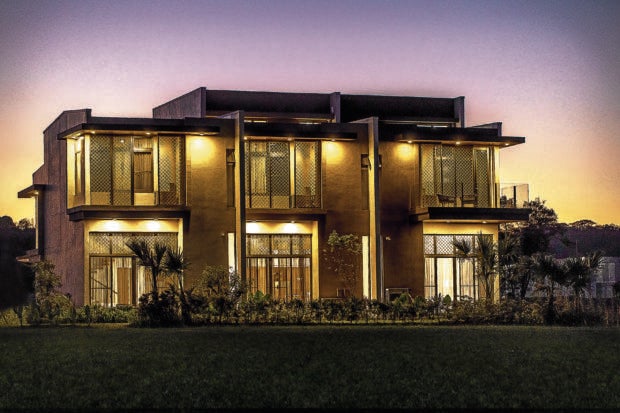 Sevina Park is the first and only township in the country to date with Leadership in Energy and Environmental Design (LEED) platinum certification for neighborhood development, a badge of honor for sustainable and well-connected communities.

The model unit for Sevina Park Villas, Arthaland’s first residential offering in this estate, is also vying for LEED gold certification in the home category. Sevina Park Villas is a cluster of limi­ted-edition designer townhouses that are currently selling for P16 million to P25 million per unit.

In a recent interview with Inquirer, Arthaland executive vice president Leonardo Arthur Po said the company—which is positioning itself to be the country’s “foremost sustainable and green developer”—has already sold about two-thirds of available inventory at the townhouse development. The company has also sold 60 out of 83 of the villas, which cater to affluent home-seekers.

A total of 108 townhouses will be brought to the market under the first phase. The smallest units, designed by renowned architectural firm Leandro V. Locsin Partners, are two-bedroom units with a floor area of 137 square meters but there are units as large as 182 square meters with four bedrooms. Target turnover for the first tranche is in the third quarter of 2021.

“We have pretty much sold out the first phase. We already accelerated the project because of the overwhelming positive response that we have gotten for this development,” Po said.

“This is our transition from a single tower or single project sustainable development to developing sustainable communities,” he said.

The LEED platinum certification for the horizontal residential offering is a milestone for Arthaland, with Po saying this was a “testament to our commitment to sustainability and the quality of our development in terms of sustainability, health and resilience.”

The eight-hectare Sevina Park is designed to be a highly walkable community with 60-percent green and open spaces.

“What’s attractive about the development is its close proximity to Laguna Technopark and the DLSU Laguna campus. It’s also close to Nuvali,” Po said.

Part of the target market for Sevina Park comes from the Calabarzon (Cavite, Laguna, Batangas, Rizal, Quezon) area while some may come from Metro Manila who want to move to lower-density developments, Po said.