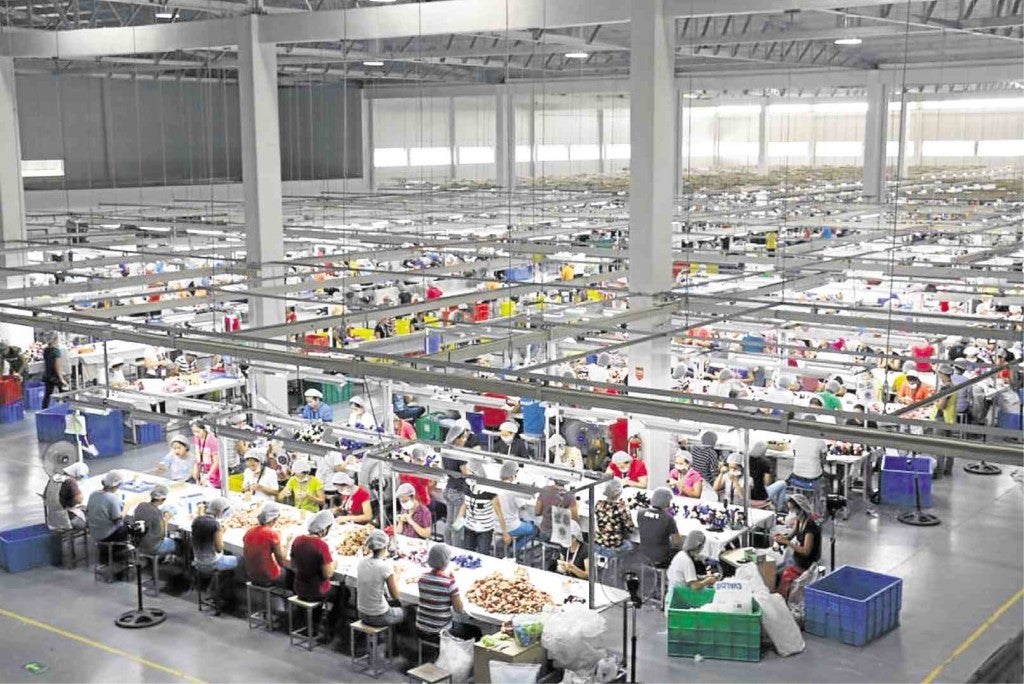 MANILA, Philippines — The COVID-19 quarantine imposed in Luzon and other parts of the country since mid-March slashed nationwide manufacturing activity last month, leading to a record drop in the country’s purchasing managers’ index (PMI).

Since the PMI fell below the 50 “no-change” or neutral mark, it meant manufacturing contracted and “signaled a marked deterioration in operating conditions” last month.

“The lockdown of Luzon island to halt the spread of COVID-19 had a dramatic impact on the Philippines manufacturing sector in March… Factory shutdowns led to a sharp drop in production and new orders, with employment also declining at the quickest pace in the series history,” IHS Market said.

While there were some manufacturers that stayed open, IHS Markit economist David Owen said these establishments “saw a large delay in supplier delivery times, restricting their ability to operate at full capacity.”

“In addition, manufacturing sales were stymied in March, with clients having to massively reduce order books amid much weaker consumer demand. Exports were similarly down as surrounding countries enforced their own lockdowns whilst curtailing foreign orders,” Owen added.

“Unsurprisingly, businesses were much less positive regarding the 12-month future period. With no one knowing the full timeline of the pandemic, the extent of the economic impact remains largely unknown,” according to Owen.

In a note to clients, ING Bank senior economist Nicholas Antonio T. Mapa said “we can expect this trend to worsen for the April figures should the enhanced community quarantine continue.”

“During and after the enhanced community quarantine, the government will need to craft measures and quickly, to help provide income replacement while also ensuring that it pulls out all the stops to keep businesses, both big and small, afloat. With nearly P7.92 trillion in outstanding commercial bank debt (P925 billion held by households), the Bangko Sentral ng Pilipinas (BSP) together with the national government must find a way to ensure that frozen cash flows are allowed enough time to thaw out,” Mapa said.

“Other countries have setup a fund to loan out to small and medium enterprises (SMEs), granted that companies that avail of these loans retain all employees. We reiterate that the health of the economy rests largely on whether the government’s COVID-19 rescue plan hits hard (size), hits fast (quick deployment) and hits right (targeted),” Mapa added.

In a separate report, Asia economist Alex Holmes of London-based Capital Economics noted that among emerging Asian markets, the Philippines registered the biggest decline in PMI last March—12.6 points from 52.3 in February, citing that the lockdown covering Luzon had hurt production equivalent to 70 percent of gross domestic product (GDP).

But for the Asean region, it was Singapore’s PMI that posted the largest drop of 18.1 points from its February reading to 27.7 last month.

Across seven Asean countries covered by the monthly PMI report, which besides the Philippines and Singapore also included Indonesia, Malaysia, Myanmar, Thailand and Vietnam, the headline PMI went down to 43.4 in March—the lowest in the regional survey’s almost eight-year history—from 50.2 in February.

“March was the first time on record that all of the seven constituent countries posted a deterioration in the health of their respective manufacturing sectors simultaneously… March highlighted the worst performance of the Asean manufacturing sector on record, as repercussions from the COVID-19 pandemic are realized, and indeed it is likely that they will be felt for several months to come, if not longer,” IHS Markit economist Lewis Cooper said separately.