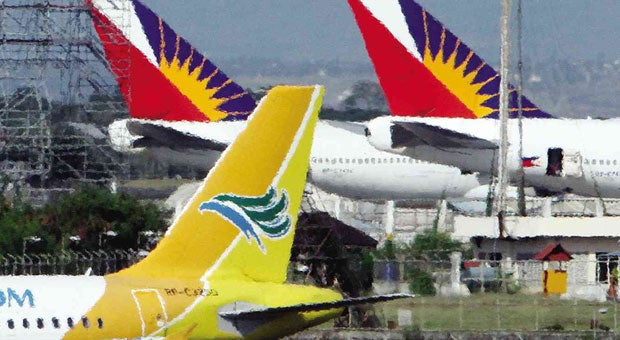 Philippine carriers are set to meet with key national and local government officials on Friday to iron out confusing regulations that greeted them after strict lockdown rules were lifted over their main hub in Metro Manila on June 1.

Instead of a smooth restart of flights after a two-month hiatus, airlines were forced to cancel trips and reshuffle their schedules, sometimes just hours before departure.

Until Wednesday, there were no clear-cut rules on who were allowed to fly or which airports could accept passengers, making it difficult for the airlines and passengers—some of whom have been stranded in Metro Manila for months—to plan their trips.

So far, the Civil Aeronautics Board said only those traveling for “nonleisure” purposes would be allowed to fly.

Roberto Lim, Air Carriers Association of the Philippines vice chair, said on Wednesday a meeting had been called on Friday to discuss those issues.

The meeting will include officials from the departments of transportation, health and the interior and local government as well as LGU (local government unit) leaders, he told the Inquirer.

Lim did not give further details but a government official privy to the situation described the reopening of flights as a failure of coordination between the national government and LGUs.

“It’s chaotic. But hopefully, those are transitional pains and things will fall into place in the coming days,” the official said.

One of the key problems was aligning national government rules with those of the LGUs.When Transportation Secretary Arthur Tugade said air travel would be allowed between areas under general community quarantine (GCQ), airlines rushed to restart flights at the soonest possible time.

Philippine Airlines, or PAL, planned to launch domestic flights on June 1, the first day Metro Manila was placed under GCQ.

But the national government’s interagency task force for the new coronavirus disease that was supposed to set the rules allowed LGUs to also set their own standards and reject the arrival of flights.

PAL was forced to move the resumption of domestic flights to June 8 before shifting this to June 3 and then June 5 “due to fine-tuning of local government entry restrictions and requirements.”

AirAsia Philippines planned to open domestic flights on June 3 but moved this to June 5.

In some cases, passengers received little notice that a flight was canceled after an LGU decided not to accept flights.

Passengers arriving early morning at the Ninoy Aquino International Airport (Naia) on June 2 did not realize their flight to General Santos was canceled the night before.

They were eventually allowed to travel to General Santos later in the day after last-minute appeals by Cebu Pacific, an industry source told the Inquirer.

General Santos International Airport was among the airports included in the list of those accepting commercial flights as of June 1, a document seen by the Inquirer showed.