Aboitiz-led Union Bank of the Philippines sees the lockdown protocols induced by the coronavirus crisis as an opportunity to accelerate its digital transformation, harnessing data analytics and artificial intelligence (AI) as the next key drivers of its evolution into a “technology company, also a bank.”

Heeding lessons from the current public health crisis, UnionBank president Edwin Bautista reported to stockholders during the annual meeting on Friday that the bank was now proceeding with the next phase of its digital transformation strategy: the year of commercialization and monetization of its initiatives.

“Going forward, we believe that data analytics and AI will be critical technologies that will drive our digital transformation strategy. With this, our data analytics team will be beefed up with behavioral science capabilities to enrich business actions with insights on customer behavior,” Bautista said. 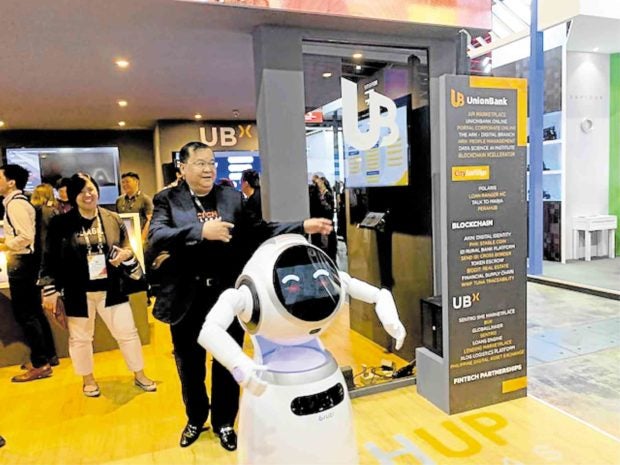 “We are convinced that his topnotch expertise and experience in the international space will certainly help streamline the bank’s data processes, maximize utilization of customers’ data, and ultimately, propel the bank to greater heights,” he said.

Bautista reported that the bank’s fintech arm, UBX, has gained much traction in its first year of operations.

UBX has so far launched three platform start-ups:
– i2i, which connects Filipinos from far-flung areas to the country’s main financial network, has onboarded 53 rural banks with more than 900 branches onto its blockchain platform;
-BUX, a digital payment and logistics fulfillment platform for e-commerce merchants, has enlisted close to 30,000 digital merchants since its launch in December 2019; and,
– SeekCap, an online lending marketplace for micro, small and medium enterprises (MSMEs), has signed up over 6,000 MSMEs and reported a 300 percent increase in loans application in the first quarter.

UnionBank chair Justo Ortiz, for his part, highlighted the role that innovation and reinvention were playing in saving companies from extinction. “As we navigate through the Fourth Industrial Revolution, we are building our business model cognizant of certain megatrends, which our strategic scenario planning has identified as opportunities only if we dare greatly,” he said.

The bank, which started its digital transformation five years ago, reported a relatively smooth transition into operating under the enhanced community quarantine (ECQ). The bank also achieved record highs in the month of March in terms of digital account opening in its UnionBank Online app, as well as corporate enrollment into its platform, The Portal.

In March, online account openings surged by 2,680 times the level seen in the same month last year. Enrollments at The Portal increased to 701 in March from 485 in February and 173 in March.

“The shift in customer behavior we’re seeing today may very well be the precursor of the digital tipping point,” Bautista said.

From day one of the ECQ in mid-March, Bautista reported that the bank was able to enforce 90 percent work-from-home (WFH) arrangement for its headquarter employees, while performing all the critical banking operations.

About 93 percent of the bank’s branches remained open in the first weeks of the lockdown. Furthermore, Bautista noted that UnionBank’s Ark branches had long been configured in such a way that physical contact/face-to-face interactions were minimized through social distancing configuration, self-service machines, and digital queueing platform.

“This crisis has shown that with digital capabilities, a bank can be run from home; that businesses will adjust to a cashless environment; and that we don’t have to go to a branch to perform our banking needs,” he said. “Despite the crisis, there is no reason to slow down our digital transformation, rather we should accelerate it.”

UnionBank also introduced its “Bank on Wheels” initiative and deployed them to areas with large transaction needs. It launched the “Send Money to Remittance Centers” capability in its UnionBank Online app, enabling customers to send money online to the 10,000 locations of remittance partners.