After brief trade truce, US slaps levy on Canadian aluminum 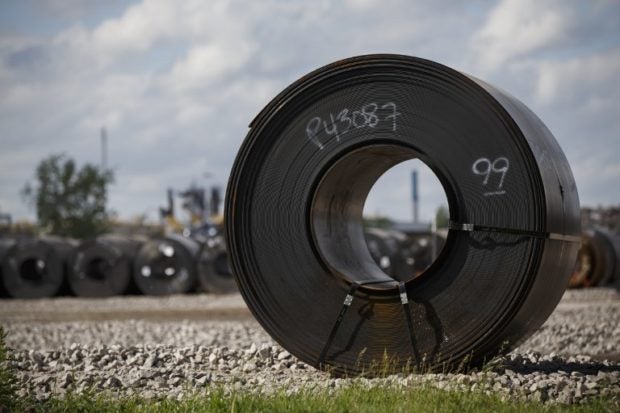 WASHINGTON — After more than two years of browbeating and trade sanctions on Canada and Mexico, President Donald Trump strong-armed the United States’ neighbors into agreeing to supplant a 25-year-old North American trade agreement with one of his own.

His pact, meant to update the old deal and encourage more manufacturing in the United States, was expected to restore clarity and predictability to the rules governing $1.4 trillion in annual in U.S. trade with Canada and Mexico.

A little more than a month after Trump’s U.S.-Mexico-Canada Agreement took effect July 1, the Trump administration is scheduled to re-impose a 10% import tax on Canadian aluminum Sunday, raising tensions between the two allies.

Trump accuses Canada of flooding the U.S. market with its raw, unprocessed aluminum. The Aluminum Association, which represents U.S. and foreign aluminum companies and opposes the tariffs, counters that a jump in Canadian raw aluminum shipments to the United States is within historical norms and reflects stepped-up production from a Canadian smelter that had been shut down by a labor dispute.

“Our hope is that the administration will reconsider this decision,” Kirsten Hillman, Canadian ambassador to the United States, said in an interview. The Canadians are poised to retaliate with tariffs on U.S. aluminum and other products.

Trump’s re-imposed tariffs will raise costs for automakers and other U.S. manufacturers that use imported aluminum in their products. As a result, Hillman said, “it’s going to be more expensive to buy a car or a truck or to buy parts for your car.”

In 2018, Trump imposed tariffs on aluminum imports — Canada’s included. He contended that imports threatened to put U.S. aluminum producers out of business, jeopardizing the U.S. military’s access to the metal in times of war. To justify the tariffs, Trump dusted off the little-used Section 232 of the Trade Expansion Act of 1962, declaring the aluminum imports a national security threat.

Critics argued that the tariffs did little to deal with the biggest problem confronting the aluminum industry: massive overproduction by China that flooded global markets and pushed down prices. China was largely unscathed by Trump’s tariffs because its aluminum exports are already limited by earlier U.S. trade sanctions.

Trump last year agreed to lift the tariffs on the Canada and Mexico to ease the way for the USMCA.

But two U.S. aluminum producers — Century Aluminum and Magnitude 7 Metals — complained even before USMCA took effect that Canada was exploiting the lifting of the tariffs to flood the U.S. with aluminum. A new trade group that represents them — the American Primary Aluminum Association — says imports of raw aluminum from Canada surged 37% in the second quarter of 2020 compared to the same three-month period in 2019.

So Trump chose to re-impose the Section 232 national security tariffs on Canadian aluminum.

“To add insult to injury, it’s being done on the grounds that Canada is a national security threat to the United States,” Hillman said. U.S. and Canadian troops have fought side by side as allies in conflicts ranging from World War I to Afghanistan.

Hillman and other critics say the tariffs are unlikely to benefit U.S. producers. Instead, they say, other countries will just replace the Canadian imports. Among the potential beneficiaries is the Swiss-based global commodities giant, a big stakeholder in Century Aluminum that earlier this year acquired up to $16.3 billion worth of Russian aluminum.

The primary aluminum association dismissed the argument that the tariffs on Canadian aluminum could end up encouraging imports from countries like Russia, not benefiting U.S. producers.

“The Canadians are ignoring the facts and seeking to create a distraction,” the group said in a statement. Canada, it said, had agreed not to flood the U.S. market with raw aluminum. “Canada did not keep their commitments and the surge came at the direct expense of American jobs.”

The aluminum industry employs fewer than 60,000 people nationwide. Economist Christine McDaniel at George Mason University’s Mercatus Center has calculated that industries that consume aluminum and are therefore likely to be hurt by higher costs from the tariffs employ 10.7 million — about 180 workers for each aluminum worker.