Acting Neda chief gets list of priorities from Duterte: National ID on top 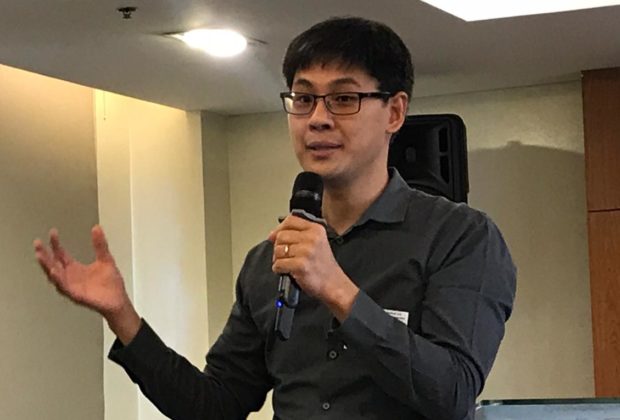 On top of the priority list is a rush in enforcement of the National ID System, which Duterte has been pushing strongly for.

In a media briefing via the teleconferencing app Zoom, Chua said Duterte wanted Neda to take the lead in crafting a national recovery plan for a “new normal” after the COVID-19 pandemic.

Chua said he would “immediately” give priority to carrying out Duterte’s marching orders.

On the National ID System, Chua said his predecessor, Pernia, had pushed for a national ID reform “which will allow us to implement our social welfare programs more effectively and efficiently in the near future.”

Chua said the mandate of Neda chiefs had been to “build upon the work and accomplishment” of predecessors.

“This continuity in objective and direction has characterized much of our economic policy over the past few decades,” said the acting Neda chief.

“It is why the country’s economy has remained resilient despite external headwinds and our own structural limitations,” Chua said.

Duterte had expressed lament that had the law he signed in 2018 mandating a National ID System been in place during the COVID-19 pandemic, it would have helped the government become more efficient in distributing cash aid to the poor.

The supposedly slow implementation of the National ID System was allegedly one of the reasons Duterte’s working relationship with Pernia turned sour,  eventually leading to Pernia’s resignation last week.

Chua said he had already talked to National Statistician Claire Dennis Mapa, who heads the Philippine Statistics Authority (PSA), an agency attached to Neda and in charge of the National ID System implementation.

According to Chua, he and Mapa agreed to “use the next two months to finish the remaining procurement and preparation.”

He said by June or July, when the enhanced community quarantine would have been relaxed or modified, “we will able to begin again the registration of households.”

“That is the plan,” said Chua.

He said the Department of Budget and Management has committed its support “to fund part of the work that is needed to move this project forward faster.”

The National ID System and post-coronavirus recovery plan, according to Chua, “are two important components of our macroeconomic story.”

“In terms of the recovery plan, as you know, there are many uncertainties today,” he said. “In fact, all the models show different results,” he added.

He said because “this crisis is once in a century, all the models cannot explain everything.”

“So a lot of our work really is to bring the entire government together around this recovery plan,” Chua said.

Since he took over the top Neda position only on Tuesday (April 21), Chua declined to elaborate on the agency’s initial recommendations to Duterte on whether the lockdown should end on April 30 or be extended further.

Chua said the ultimate decision would be Duterte’s.

On the National ID Sytem, Chua said it really has to be accelerated “because that is really the way we can achieve more financial inclusion and target the subsidies that will benefit intended beneficiaries.”

“These are already very big programs in a very, very uncertain time so I would focus on them first,” he said.

After plans for the new normal have been crafted and understood, “then we can look at other priorities,” he added.

The National ID System was piloted in 2019 and the PSA had planned to start registration this year in order to cover the entire population by 2022.

“We think that the 2022 target is still feasible,” said Chua.

The PSA, he said, targets the registration of 5 million citizens this year.

One plan was to register initially only the household head “so that each household gets to be registered,” he said.

“The household head will be registered instead of everyone in the household,” he said.

That’s one way to be more efficient in distributing aid to the poor—“by providing identity and some blanket accounts,” Chua said.

The PSA, he said, would ramp up National ID System implementation and register 40 million people more by 2021 and another 40 million by 2022, the year Duterte steps down from office.

The Build, Build, Build program, Chua said, would be used as a “main driver” of the economy “because that is where the jobs are created, where the multiplier effects are higher.”

“That will be an important part of our recovery,” he said.