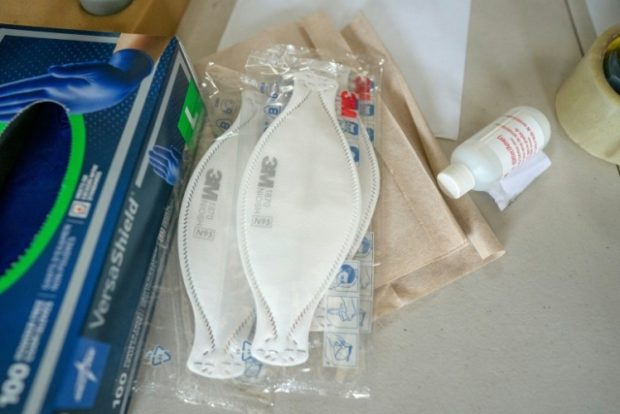 3M experienced a 21% surge in sales in its health care business during the first quarter. Image: Alex Edelman – AFP

Industrial giant 3M reported higher quarterly profits Tuesday on a jump in its health care business as it ramps up medical mask production amid surging demand in the coronavirus outbreak.

The company manufactures a wide range of products used in myriad industries, but it has gained notoriety during the COVID-19 outbreak over its N95 “respirator” masks, especially after sparring with the White House earlier this month.

The masks have been an essential item to hospitals on the front line of the outbreak and have emerged as the object of illicit practices and price gouging among distributors.

The company experienced a 21% surge in sales in its health care business during the first quarter.

“Even with 3M’s accelerated production, the stark reality is that global demand for respirators far outpaces the ability of the entire industry to deliver,” chief executive Mike Roman said on a conference call.

“That is why as we urgently expand capacity, we are also prioritizing and triaging our supplies to the most critical needs.”

Executives described the overall impact of COVID-19 as “mixed” for 3M, with sales in several product lines declining due to shutdowns, including oral care, automotive, aerospace and general industrial.

The company announced it would cut spending by $350 million to $400 million in the second quarter and withdrew its full-year profit forecast due to uncertainty over the macroeconomic outlook.

Roman said 3M had invested in “surge” capacity of N95 masks after the SARS outbreak in the early 2000s, but that the capacity had largely not been tapped until now.

Roman said the company doubled global output of N95 masks to 1.1 billion per year and was in the process of working with the Department of Defense to again double annual production to 2 billion per year by the end of this year.

In early April, President Donald Trump slammed 3M for not shifting N95 masks back to the United States. The company, which had strongly contested Trump’s accusations, later reached an agreement with the White House to import 166 million respirators, mostly from China.

Most of the parties involved in the illicit trade have no relationship with 3M, but the company has “in a few instances terminated distributors in our industrial channel for acting unethically or in violation of their agreements,” Roman said.