2.2 percent April inflation lowest in 5 months but food prices up 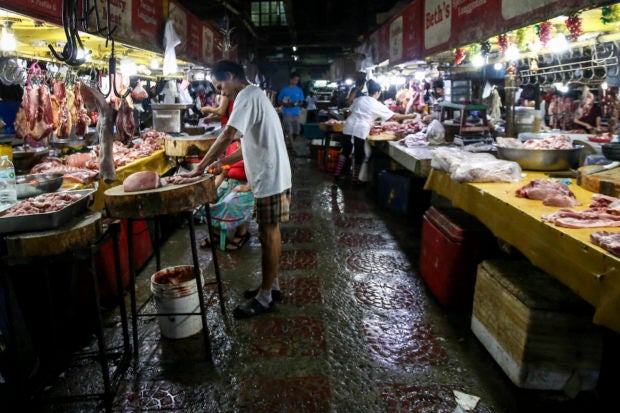 Inflation eased to a five-month low of 2.2 percent in April as transport costs plunged during a lockdown that restricted mobility and global oil prices took a dive because of low demand.

Food prices, however, picked up because of supply chain disruptions caused by the lockdown.

The Philippine Statistics Authority (PSA) on Tuesday (May 5) reported that April’s headline rate of increase in prices of basic commodities was the slowest since November 2019’s 1.3 percent year-on-year. April’s inflation figure was the lowest so far in 2020.

The transport index as a whole posted a 6.1-percent year-on-year decline in prices, which the PSA said was the lowest since October 2015.

Mapa said an annual decline in prices was seen in petroleum and fuels for personal transport—negative 28.6 percent in April from negative 12.3 percent in March.

“The slower annual rate in housing, water, electricity, gas and other fuels also pushed down the overall inflation,” she said.

According to Mapa, inflation for kerosene was negative 28.8 percent in April from negative 13.9 percent in March.

Price movements in restaurant and miscellaneous goods and services slowed to 2.4 percent.

Inflation in personal care products and services eased to 2.7 percent during the full month that residents of Luzon and other parts of the country were on stay-at-home orders.

But inflation of food and nonalcoholic beverages was faster in April at 3.4 percent year-on-year from 2.6 percent in March.

There was also a slight increase in meat and fish prices but prices of rice fell for a second straight month.

On a monthly basis, nationwide average prices in April fell 0.1 percent from levels in March.

Declines in cost of housing, water, electricity, gas and other fuels offset increases in prices of food, beverage, nonalcoholic drinks and tobacco products.

Mapa, however, said initial PSA figures showed inflation for the bottom 30 percent income households rose by 2.9 percent in April from 2.4 percent in March.

It showed the bigger impact of supply constraints on poor families.

In an interview on ANC on Tuesday, Socioeconomic Planning Secretary Karl Kendrick T. Chua said lower inflation in April showed ‘we basically have ample supply of our basic essentials.”

It also meant that “we are proactively managing our inflation expectation well,” he said.

“I think this is a very good indication of where we are headed,” Chua added.

Chua said “the important thing right now is we have to make sure that our supply is not disrupted.”

“We have had several cases wherein food supply or other essential goods have not been able to pass through as the local governments impose stricter quarantine or checkpoints,” he said.

He said at least two-thirds of the country had already been under general community quarantine (GCQ) which would allow farmers to work and wherein “the supply chain can be more efficient.”

“So I think all these will help ensure that we have low and stable inflation,” Chua added, referring to the less restrictive measures implemented starting this month in areas with fewer COVID-19 cases.